Richard C. Pattisall, Jr. was born in Chapel Hill, NC a few years ago, now, to a plodding law student and wife working their way through school - something about it caught on - I was there some twent-two years later for graduation day - but that is another story.

Growing-up in Roanoke, VA, attended Cave Spring High School, playing golf, football, basketball, and baseball all of those formative years.  Won the Roanoke City-County Golf Tournament at age 14, but was not able to later compete with the likes of Davis Love, John Inman, Jack Nicklaus, Jr. and others also at school in Chapel Hill at the time.  Member of National Honor Society, National Merit Scholar, Latin Club, Teen Plus, various other academic and civic organizations and President of the Junior Class.

Played intra-mural sports at Chapel Hill, member of the Board of Elections, charter member of the Order of the Bell Tower, SAE social fraternity.  Licensed as a real estate salesman by the State of NC summer 1987.

Being located in one of the hottest neighborhoods for beach property on the East Coast, The Pattisall Group attracts many oceanfront and ocean-oriented customers seeking to invest on HHI.  Nearly twenty-years later and over 1,000 properties sold, we have done multiple business in virtually every Plantation and neighborhood on- and off-island, including not only Sea Pines, but Forest Beach, Palmetto Dunes, Mid-Island Beaches (Singelton, Burkes, Bradley and Folly Field), Port Royal Plantation, Palmetto Hall, Indigo Run, Hilton Head Plantation, Windmill Harbour, and then off-island in Colleton River, Belfair, Berkeley Hall, Hampton Hall, Hampton Lake and, lastly, but not least, my usual Sunday golfing venue - Palmetto Bluff Plantation.

Let us share our vast experience and knowledge with you - retain The Pattisall Group for all of your local real estate concerns by getting in contact today!

The Pattisall Group took care of our every need.

Your command of the market is your greatest asset

Looking for the perfect home in the perfect place? Chances are you'll want to check here first. 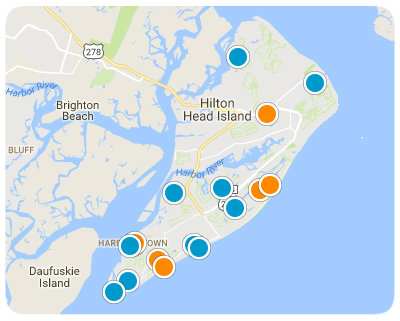